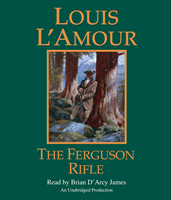 My name is Ronan Chantry, and I am alone upon this land. I have long since crossed the Mississippi. No other rides with me, and the plains lie vast about. My eyes are toward the horizon where the sun sets in gold and crimson, an enormous sun like none my eyes have seen in the thirty years that have been mine.

What I loved is gone. What I lived for, vanished. I ride westward into an unknown land, toward what destiny I know not. It has ever been our way, we Chantrys, to turn westward when faced with grief and desolation.

Men have told me that I am a fool, that I ride only to my death, but if it is to be, then let it be.

My wife, my dearly beloved, is dead. My son, who was to grow tall and sire yet another generation of our family, is also gone, done to death by the flames from which he tried to rescue his mother.

Within me is emptiness; the studies to which I had given my life, abandoned.

I have a good horse, a small pack, an excellent knife, and I have the Ferguson rifle. That rifle, my constant companion since childhood, is all that remains of my past, that and a few precious books to stimulate my thoughts until . . . ?

The rifle was given to me when I was a small boy, presented by the man who simplified the loading mechanism and put into action the most efficient weapon of the century.

Major Patrick Ferguson demonstrated the weapon at Woolwich in June 1776. Four years later, he was killed at the Battle of King's Mountain, North Carolina.

The rifle was given me only a few weeks before his death, a truly marvelous weapon made and engraved by his own hand. It was one of the first to be loaded at the breech, and could be loaded and fired six time to the minute. In the almost twenty-five years since it came into my hands, I have seen no rifle to compare.

The rifle he left with us helped us through those bad times. Its accuracy was scarcely to be believed, and I became skilled in its use, acquiring speed in reloading. Each time I used it, I blessed the major.

When spring came at last, mother received a small legacy from a distant relative in Ireland and we moved to the vicinity of Boston and I took the Ferguson rifle along.

The woods lay not far from our home, and often I hunted there. The education I received and enriched by my own reading was an excellent one, and for a year I read law, but a meeting with Timothy Dwight convinced me I should become an educator and a writer of history. Yet now I rode westward into a wild land where the only education needed was that the land could provide.

The sun was gone, although light remained. With darkness near, I still had no camp, and the bald plains promised nothing.

Suddenly, as if born of a wish, there appeared a fold in the low hills. A grassy slope dropped away to a cluster of trees, dark now with evening, and I thought I detected the sheen of water.

Many were the warnings I had received. Water holes were few, used by all, and at any such place death might await. I had not hunted through my boyhood years for nothing, nor had scholarship robbed me of my senses. My nostrils caught the scent of woodsmoke, and I drew rein to listen.

At first I heard nothing, then the faint sound of horses cropping grass, and a crackle as from a fire. Standing in my stirrups, I peered through the leaves, but could see only the shine of light reflected from the seat of a saddle.

It was unlikely a saddle would be used by an Indian, but there were many dangerous men on the prairie, not all of them Indians by any means.

Rifle in hand, I walked my horse forward, calling out as was the custom. "Hallooo, the camp!"

"Come in with your hand empty!" The voice was matter-of-fact. "Or take a bullet through the brisket."

I drew up. "When I come in, gentlemen, it will be with my rifle in my hands, and if you want to start shooting, just open the ball!"

Somebody chuckled, and then said, "All right, all right! Come on in!"

Several men sat about a fire, and two of them had rifles in their hands. All wore buckskins; all had the appearance of frontiersmen.

"That I have." Rifle in hand I dismounted, keeping my horse between them and me.

One of them chuckled. "Now that goes right with me. I like a careful man."

Tying my horse, I walked around him. "Possibly I am less careful than you suspect. My friends told me I was foolish to come out here alone."

"You're alone ?" Startled, they stared at me. "Now that's hard to believe. You're four days ride from a settlement, mister."

"Three . . . on this horse. You're the first living things I've seen, other than birds and insects."

My palm slapped the rifle. "Anyway, as long as I have this, I'm not quite alone."

The first man to speak indicated the rifle. "Don't know's I ever seen the like. Mind if I look?"

It was my turn to chuckle. "Gentlemen, if I allowed a chance acquaintance to take my gun from my hand, I'd be a lot greener than I am . . . and I am green."

Moving up to the fire, I held it for them to see. "This is a Ferguson rifle, given me by the inventor when I was a lad. It is a remarkably accurate, fast-shooting rifle."

A slim, dark young man seated near the Indian nodded. "I heard tell of them. Heard it said they can shoot six times to the minute."

"Eight, gentlemen, eight times if one is practiced." I glanced around at the group. "I'm Ronan Chantry, and I'm riding west to the Rockies. If you're goin' my way, I'd like to join you."

The lean dark man got to his feet. "I'm Davy Shanagan. Are you from the old country, then?"

"My mother was, and my great-grandfather, too."

"Sit, then, Ronan Chantry, and we'll talk of the western lands and what we'll do there. A man with a rifle that can be shot eight to the minute is welcome at any fire in the west."

The others agreed, but my eyes went to the Indian, whose eyes were on the rifle in my hands.

With a rifle like that, an Indian would be a big man among his own people.

It was something to remember. 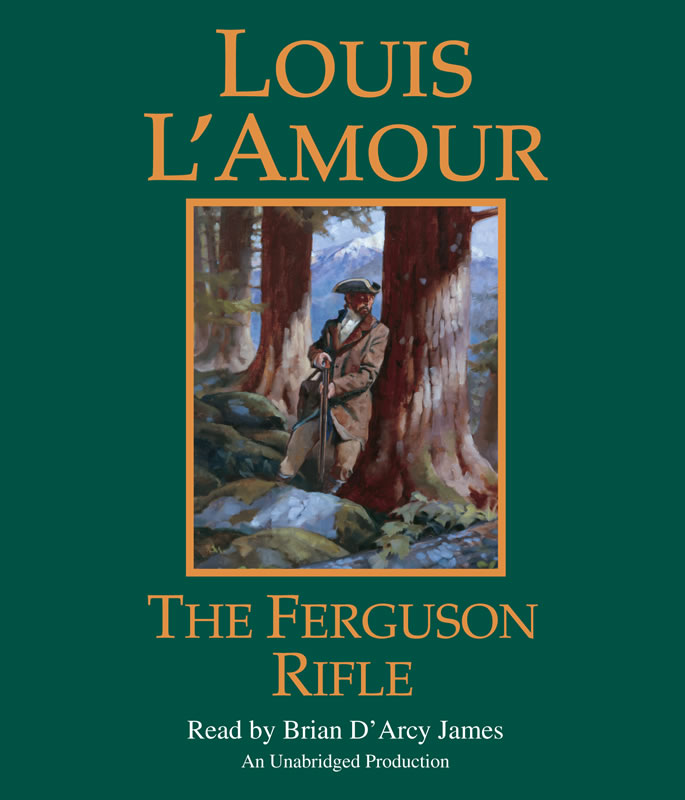