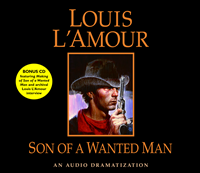 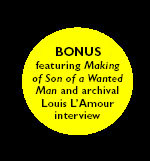 Featuring special bonus material including:
"The Making of Son of a Wanted Man"
and an archival interview with Louis L'Amour


Three years in the making, Son of a Wanted Man is an exciting dramatization that includes a cast of 25 veteran Hollywood actors, features carefully crafted digital sound effects, and an original musical score by award winning composer John Phillip Shenale. Also included is a bonus CD featuring 'The Making Of'- a behind the scenes look at the writing, recording and editing of Son of a Wanted Man and an archival recording by Louis L'Amour. Just like an old-time radio drama, Random House Audio's brand-new production of Louis L'Amour's classic Son of a Wanted Man truly brings this adventure to life.

Son of A Wanted Man tells the story of Ben Curry and his adopted son Mike Santos. In a remote corner of California's High Sierra mountains lies the secret outlaw kingdom of Ben Curry. For fifteen years Curry has ruled supreme. But the king is getting old, and he wants to turn his legacy over to someone and get out -someone like Mike. Mike is a young man who can handle a knife, a gun, his fists, and who's been trained in every criminal skill. But so far he's never broken the law. Now, as treachery explodes among Ben's riders, Mike must choose.between his loyalty to Ben or his yearning for a different life.

Visit www.sonofawantedman.com for more information
and to hear audio clips from the show! HTTP://WWW.SONOFAWANTEDMAN.COM 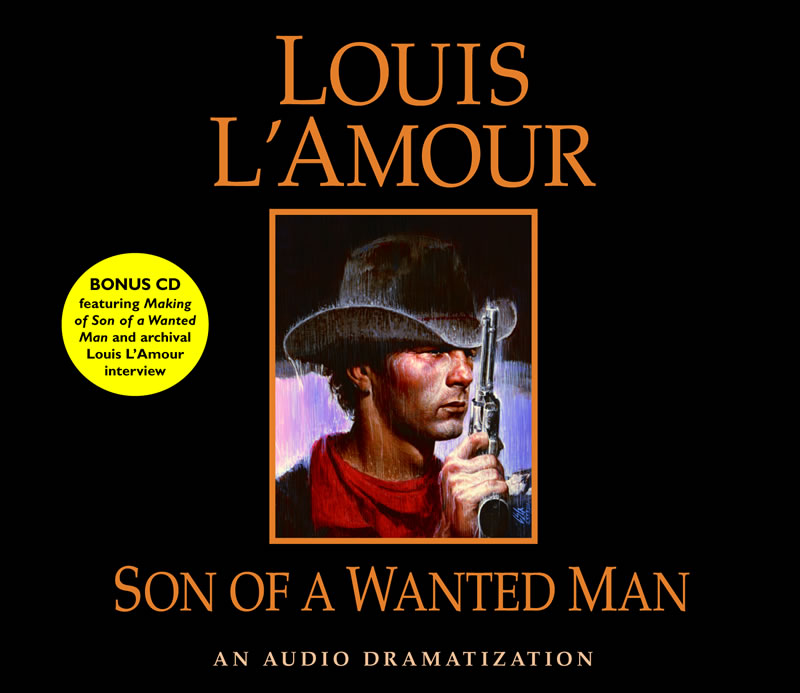