Lonely on the Mountain

The Sackett Brothers didn't know what brand of trouble had Cousin Logan stirred up, but he needed beef cattle badly. So with Tell Sackett ramrodding, Tyrel, Orrin, and Cap Rountree ride north to the wild country--pushing 1100 head of fat steers across the wide Dakota plains toward the mountains of far western Canada. Past Sioux, past Logan's treacherous enemies, through trails no cattle had ever crossed, the Sacketts drive on. Because when you step on the toes of one Sackett they all come running.

One of the outstanding narratives of our time, the chronicle of the Sackett family is one of the great achievements of one of our finest storytellers. In Lonely on the Mountain, the solitary, wandering Sackett brothers make a stand together...to save one of their own.

The rare letters Tell Sackett received always had trouble inside. And the terse note from his cousin Logan was no exception. Logan faced starvation or a hanging if Tell couldn't drive a herd of cattle from Kansas to British Columbia before winter. To get to Logan, he must brave prairie fires, buffalo stampedes, and Sioux war parties.  But worse trouble waits, for a mysterious enemy shadows Sackett's every move across the Dakotas and the Canadian Rockies. Tell Sackett has never abandoned another Sackett in need. He will bring aid to Logan--or die trying. 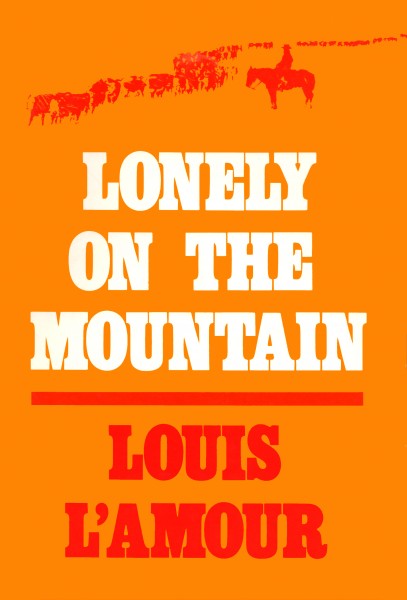