He was a white man as cunning as any Indian, a brooding man who trusted in nothing but his weapon and his horse. Shalako was determined to cross the bleak Sonoran Desert—the Apaches’ killing ground—by himself. But then he came across a European hunting party, and a brave and beautiful woman, stranded and defenseless. Shalako knew that he had to stay and help them survive. For somewhere out there was a deadly Apache warrior . . . and he had the worst kind of death in mind for them all.

This special Louis L'Amour's Lost Treasures Edition includes Beau L'Amour's Postscript with an insiders glimpse at the development and making of the FILM starring Sean Connery and Brigitte Bardot. One of the special moments in Louis' career was the 1968 COMMAND PERFORMANCE of SHALAKO in London for member of the Royal Family. 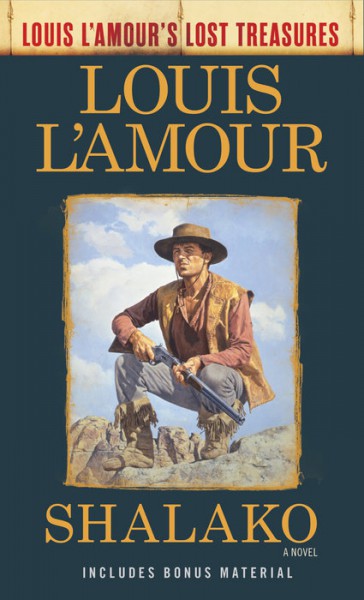