hroughout his career, Louis L'Amour has been the subject of hundreds of articles, interviews, essays, documentaries, and newspaper columns. His quiet confidence, commanding presence and unforgettable voice combined for, as People Magazine put it, "The kind of storytelling that makes the wolves come out of the woods to listen." No one ever left an interview with Louis L'Amour without enough material. In fact most discovered that there was always more to be said than space allowed.

Willing and able to speak authoritatively on an incredibly wide range of subjects, Louis must have seemed like a dream come true to those who came to "get his story." His personal commentary on frontiers past, present and future, recollections of the people and places he visited while traveling the world, and his ability to enthrall and enrich with a pointed story or anecdote make him extremely quotable. Here was a man that had truly "been there, done that!" And though nearly everyone commented on his rugged good looks and modest demeanor, it is the depth and breadth of his knowledge for which he will be remembered.

From the pages of:

Lunch With Louis 'n' Me: A Few Casuals by Way of Reminiscence 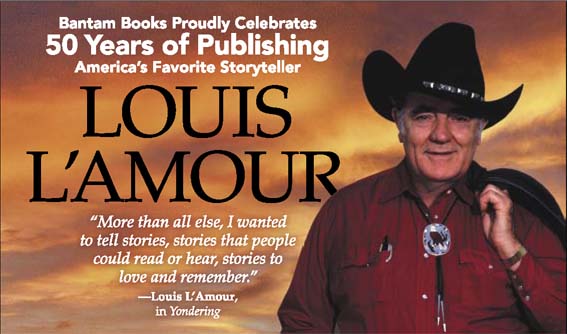 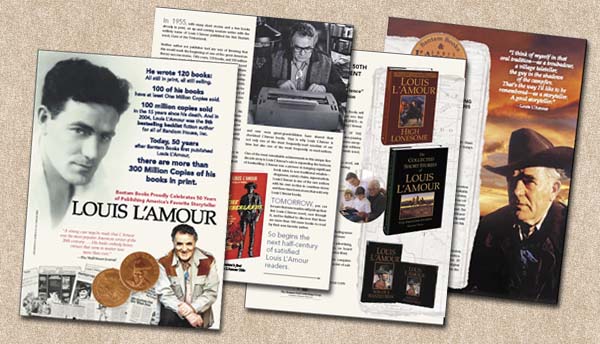