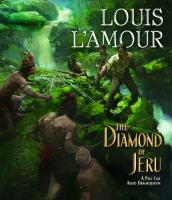 The Diamond of Jeru

Deep within the jungles of Borneo flows a legendary river of diamonds . . .

An ex-Marine on the run from the nightmares of war. An American scientist and his beautiful wife on a desperate journey to save their marriage. An aging native shaman trying to teach his grandson one last, all important, lesson. All are headed up an uncharted rive into a confrontation with a mysterious warlord trapped by a deadly curse.

The Diamond of Jeru is a tale of love, redemption, heroism, and magic from the master storyteller Louis L'Amour.

Set in Sarawak in 1955, this full dramatization features an international cast of actors, cleverly crafted sound effects, and a stirring musical score that combine to create a unique audio adventure.

Let The Diamond of Jeru carry you away to a tropical island of uncommon beauty and unfathomable danger!

LISTEN TO A CLIP and start your journey!

From the mid 1980s to the late 1990s Bantam Audio Publishing produced four to six Louis L'Amour Dramatized Audio Productions each year. The sixty plus shows in the series comprise one of the most interesting efforts in the field of Audio Storytelling since Orson Wells and the Mercury Theater was being broadcast on CBS.

Since then the tradition has been carried on by Beau L'Amour and Paul O'Dell, creating meticulously assembled, cutting edge productions. 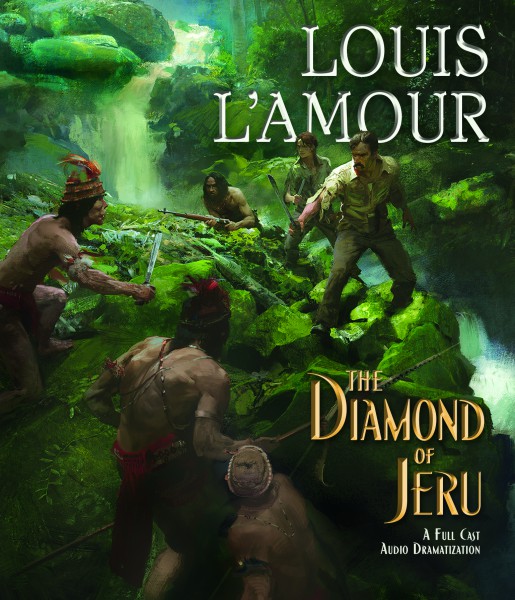