It seemed the perfect place to lie low. The owner of the ranch was an attractive gray-haired lady who had once been an actress. The other woman was a beautiful, fragile-seeming blonde. They needed repairs done, and he needed to disappear for a while.

The first sign that things were not as they should be was when a Pinkerton man questioned him about a missing woman. Then he accidentally found a will belonging to the previous owner of the ranch. After that, a young lady showed up in town making claims that the place belonged to her.

Worried that his hideout was turning into a battleground, he didn't know what would be more dangerous, staying or leaving. For a man interested only in passin' through, he suddenly found himself entangled in a deadly struggle . . . 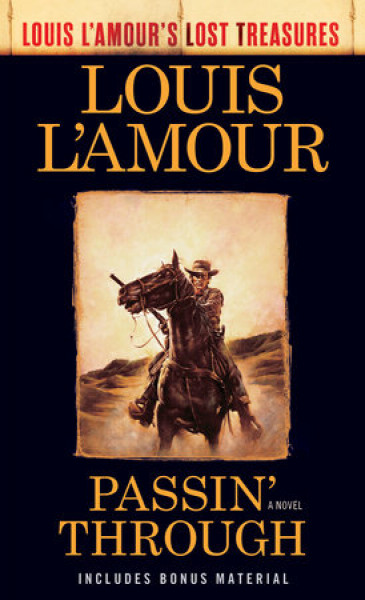