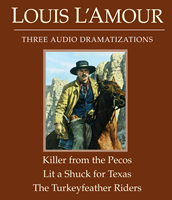 Killer from the Pecos, Lit a Shuck for Texas & The Turkeyfeather Riders

Killer from the Pecos
Texas Ranger Chick Bowdrie rides into the wild town of Almagre trailing a Pecos bank robber who has left two men dead. All Bowdrie has to go on is an unconvincing eyewitness description, a name scrawled on a tattered post card, and his own skills as a master tracker. But Bowdrie will need luck as much as skill when looking for answers in Almagre, for the town is gripped in a stranglehold by a ruthless cattle baron named Bonelli, and to bring his quarry back, Bowdrie will pin on a marshal’s star to face down Bonelli and his gunmen.

Lit a Shuck for Texas
Johnny Buck is a young Texas cowboy of nineteen summers, working for the Bar W. In the process of roping an old stob-horned steer, Buck is thrown from his horse--and into a hidden cleft where he encounters the mystery of a murdered man and a bag of ore that just might be gold. The taciturn owner of the Bar W discounts Buck's story of the "gold," but Buck soon finds that some of the shadier ranch hands are gunning for him. With a widow's daughter, a lost mine, and a missing prospector in the balance, Buck has no choice but to solve the mystery--or die trying.

The Turkeyfeather Riders
Jim Sandifer had run Grey Bowen's ranch for him for years in his absence. When Bowen reappears with his newly betrothed, Rose Martin, and her grown son, Lee, Sandifer is glad to see his boss. But scheming Lee Martin has turned Bowen against his foreman and his neighbors. Can Jim stop the range war that's brewing without losing his job? And what are the Martins really after? 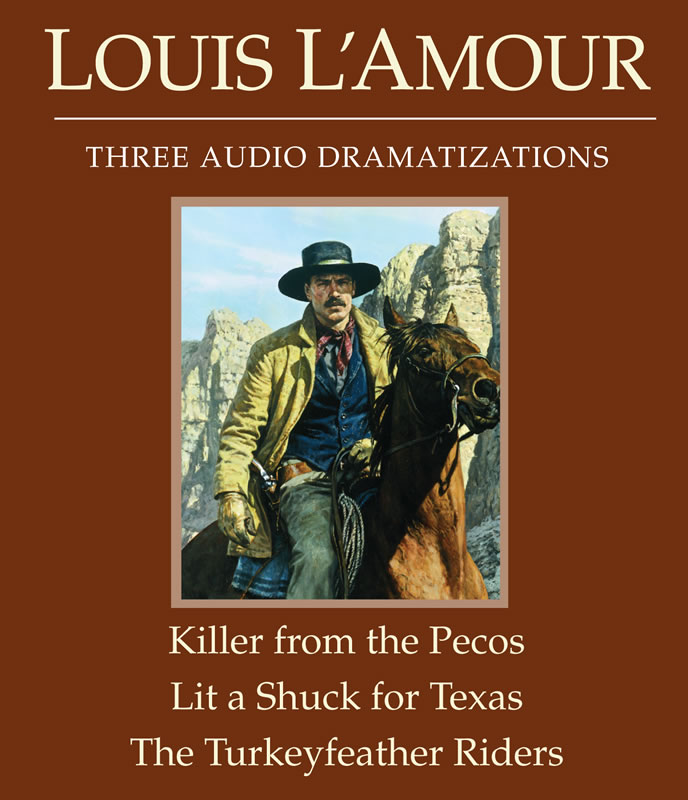